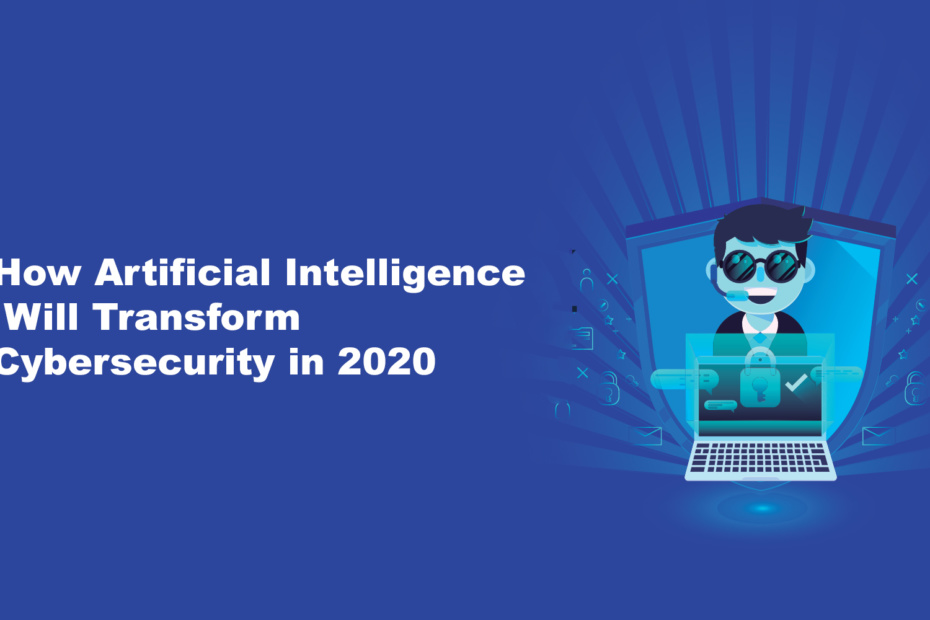 Every operation on the Internet revolves around data and loss of this data can result in tremendous costs. Hence, it’s logical to assume that cybersecurity will be among the hottest 2020 trends and will demand attention from the biggest industry players.

The advancement of technology is great for enhancing one’s security systems but at the same time, it means hackers also get access to more sophisticated tools. With this in mind, Artificial Intelligence is predicted to have a great impact on the state of cybersecurity in the nearest future. The capabilities of this technology make it highly suitable for combatting the threat agents and malicious programs while optimizing the level of security within an enterprise.

One of the biggest issues with threat hunting is that traditional methods work well for the threats that are already known. As for the new threats, traditional methods have a lower discovery rate and that’s a fact. On the other side, if we were to use AI only, the discovery rate would grow but the number of false positives, in this case, would grow as well. Thus, the most suitable option is to combine traditional methods and Artificial Intelligence in order to detect and hunt new threats. In this case, the accuracy will increase and the number of false positives will drop.

Because Machine Learning, which is a subset of AI, is capable to identify hidden and non-obvious patterns and interdependencies. it can become a great asset in detecting any behavioral anomalies or suspicious deviations. In this way, companies will be able to not only respond to the threats but identify them in advance and take the necessary preventative measures.

Management and improvement of vulnerabilities

As said above, the advancement of technology has both its pros and cons. One of the negative sides is that it leads to the growing number of potential vulnerabilities, reaching 2197 unique vulnerabilities identified in 2019. Add to that the fact that it takes a month on average to fix a major vulnerability and you will easily understand what kind of potential AI has in terms of vulnerability management.

Artificial Intelligence significantly speeds up the process of identifying and patching software vulnerabilities due to the automation and speed of data processing. In addition, AI can also be used to predict potential attacks and identify the possible vulnerabilities until any kind of damage is done. So if companies make artificial intelligence and cybersecurity go hand in hand, chances are high they will most likely see a drastic drop in the number of vulnerabilities to be patched.

There are dozens (if not hundreds) of ways how hackers can steal one’s credentials such as login and password. Add to that a fact that most people are still quite lazy about creating a strong password and it becomes clear that authentication is one of the biggest points of concern in a cybersecurity field.

If one wants to enable network security, he will need to apply a set of certain policies that will determine which connections are trustworthy and which ones are not. Now, every app has about 9 functional groups and each of the groups requires its own security policy. But what if there are more than 100 applications and over 2 000 security rules?

Artificial Intelligence is capable of processing such massive data sets in a swift and incredibly quick manner, comparing to a person. In addition, AI can learn various network traffic patterns, provide recommendations on the most suitable security policies and identify suspicious behavior within a network.

Last but not least – the implementation of Artificial Intelligence can automate the major amount of security-related operations which, in turn, will lead to major time and financial savings.

Some of the procedures that can be automated include:

By automating certain operations, companies will be able to focus more closely on the analysis and invention of efficient and hacker-proof preventative measures rather than spending time on routine or monotonous work.

So can artificial intelligence change cybersecurity? Definitely yes, and it will bring both benefits and threats to the companies.

Cyber threats are becoming more advanced on a daily basis and companies need to do their best in order to catch up and respond with an efficient security system. Due to the amount of data to be processed and its high sensitivity, Artificial Intelligence is best suited for the majority of security-related tasks as this technology can provide a high level of accuracy and unbeatable speed of operation. As many experts state, in 2020 AI will be fighting AI and the companies will become better equipped to face the potential risks.