Facebook Has Launched Another Teen Focused App, This Time to Make Memes 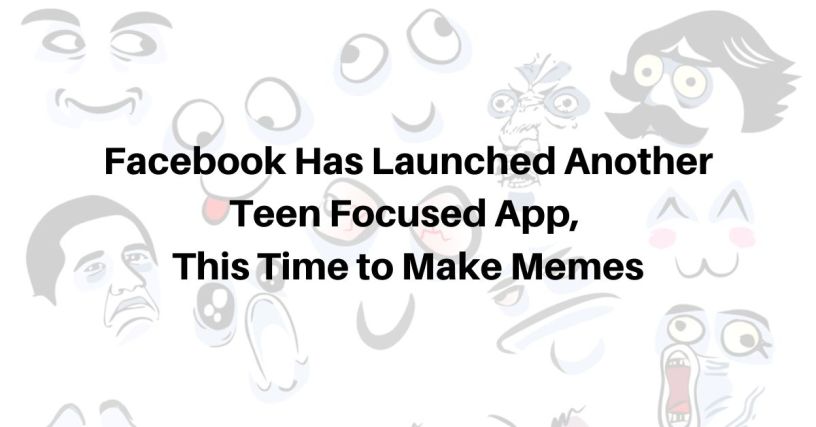 Facebook Has Launched Another Teen Focused App, This Time to Make Memes

For pretty much its entire history, Facebook has been afraid of losing touch with the kids.

Well, maybe not since its inception, as it came to prominence by superseding former youth champ MySpace. But likely because of how it overtook MySpace as the cool place to be, Facebook knows that it too can be trumped by the next big app, if such an option manages to gain significant traction among younger users. And that’s a fate that Facebook is desperate to avoid. 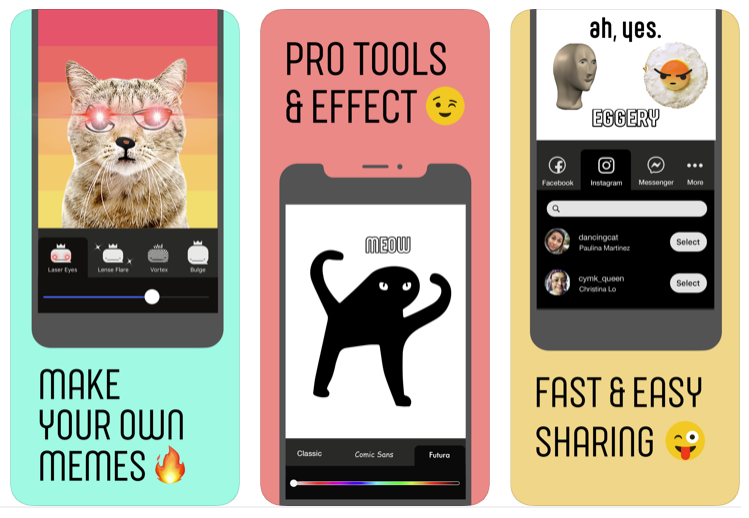 These screenshots are from a new app called Whale, which is now available to Canadian users via a company called NPE Team LLC. NPE – which stands for ‘New Product Experimentation’ – is actually part of Facebook’s experimental app division, which is headed by former Vine GM Jason Toff.

Whale is the latest app from NPE, following on from music app AUX and chat app Bump. The new app was first reported by The Information.

Whale enables users to create their own memes with simplified templates and tools.

As per Whale’s App Store description:

“No distractions, no hidden subscription pricing. Use your own images or choose from our stock photo library and get creative with text, tools, effects, and more right inside the app.”

To use Whale, you first pick an image you want to use as your template – either your own or from the stock library. You can then add text, emojis and filters to turn your image into a meme. You can then save and share the image to various social networks direct from the app.

The functionality is fairly basic, but it may work as a means to help more people get involved in meme trends. If Whale offers up the latest meme templates, and simple ways for users to add their own spin, that could come in handy, and it could gain traction among younger user groups.

Which, as noted, Facebook would love. You can look to the growing list of Facebook’s previous youth app failures as an indicator of their enthusiasm for staying in touch with the next generation.

Snapchat clone Poke (2012 – 2014)
TikTok challenger Lasso (2018 -)
Snapchat copy Slingshot (2014 – 2015).
Cool kids app Lifestage (2016 – 2017)
Houseparty replicant Bonfire (2017 – 2019)
Snapchat messaging-like Threads (2019-)
You can also add the aforementioned AUX and Bump, and a range of others which have appeared then disappeared just as quick. It’s not entirely clear what Facebook gains from these experiments – but really, it only needs one to catch on, or even catch on a bit, in order to slow the momentum of the competition.

Whale doesn’t appear to have a direct comparison, though its likely aimed at the evolving tools of Giphy (which claims to have 300 million daily active users) and/or a range of other meme creation apps.

So will it work? As noted, it could have functional value, it could help more users lean into meme trends. It’s hard to say whether it’ll gain momentum, but Facebook will start by testing it out with Canadian users, then growing it from there if it makes sense.

More interesting, however, is to note what youth trends Facebook is looking to tap into. AUX is about sharing music, Bump is about connecting students through Q and A style messaging. Whale is about making memes. These are the areas that Facebook feels it can facilitate, either because there’s a gap in the market for such tools, or there’s a way that it can build apps which exceed similar offerings from the competition.

That could provide some indication of where The Social Network will look next in its mains apps also.