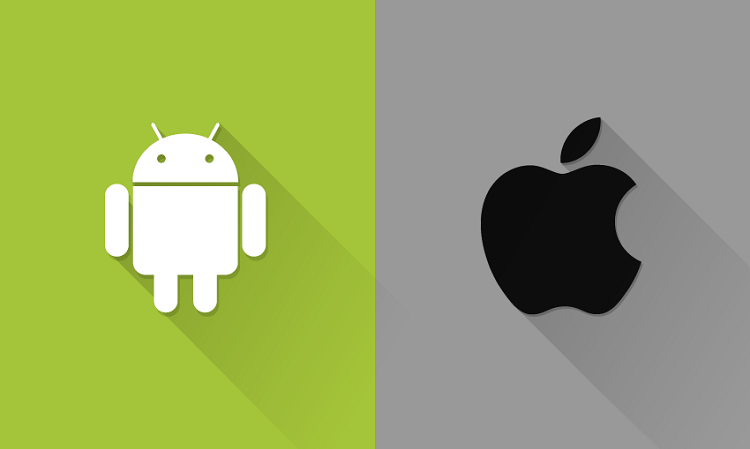 It was a breakthrough in technology when the iPhone first launched in 2007. Mobile phones turned into personal, easy-to-carry computers and we’ve come a long way since then. Along with the iPhone came the proprietary OS powering it’s system – iOS. Not long after, Google launched Android in 2008 and today, iOS and Android are the two (and pretty much only) operating systems and options for mobile app development at present.

In the early years, between 2008 to 2013, iOS was regarded as a mature operating system and development platform, while Android was considered “bug-ridden” and “unreliable”; however, Android was open-sourced and this allowed for a large developer community to grow within it’s ecosystem, and ideas came fast. No wonder, more and more businesses wanted to hire Android developer to create apps based on this platform. Most features debuted first on Android – but worked great only on iPhones because Apple had better quality control and analysis.

Over the years, both the operating systems have evolved and are considered as winners in their own ways. There are several similarities between them, but at the same time, there are some important differences that make one better than the other in specific ways. What would really be of interest to the Android and iOS app developers is the comparison between the two so that they can learn from each other.

How iOS has contributed to Android?

Over the years, iOS has made a significant impact on Android app development. The initial years saw Android incorporating many features from iOS. These included, but were not limited to:

In terms of software development, Objective-C was way ahead of Android’s Java.
IOS provided comprehensive documentation for development – Android was very difficult to learn in the early years.
Android studio didn’t debut until 2013; prior to that Android had to be developed on Eclipse or other Java IDEs. In comparison xCode had been available even prior to the launch of IOS.

How Android has influenced iOS?

In recent years, Android has developed and matured considerably as an OS and development framework. Today, it is iOS that is imbibing Android features on their phones to stay up to date with the market and the same goes for iOS app development as well. This is mainly because Android allows the open community to work on its framework, whereas Apple’s is a closed loop system. Open source means more contributions to GitHub, stackoverflow and several such platforms – resulting in a rich user community that is constantly sharing ideas.

Some of the features used in iPhones today actually came from Android. These include, but are not limited to:

Video in Screen: This feature allows videos to be played within the screen of an app as a floating dialog box. This feature debuted on Android in 2015 and has since been seen on iPhones running IOS 10 and above.
Edge to Edge displays: Samsung came up with this one in 2015 with the Samsung Edge phone.
Raise to wake: This feature was on Android since way back in 2014, but Apple just got this in 2016 and later.

Iris scan: Does Apple even have this yet?

Android Studio: Works on all OS platforms. Can we even argue on this one?
Before you hire iOS or Android app development services for developing a mobile app for your business, there are some parameters you should consider to compare the platforms and see which one works for your needs.

Affordability
When it comes to afforability, Android definitely gets the prize. Apple is on the high-end, whether it is about the price of devices or cost of iOS app development. On the other hand, Android offers affordable options and also leads in the field of free apps, making it the best choice for the budget-concious users and businesses.

App Store
From the perspective of browsing experience, Apple’s App Store is better. It also works well for curated recommendations. It is better quality-wise too, because it blicks certain questionable apps. The Play Store, on the other hand, is easier to search and the user can queue and install mobile apps easily, right from the web browser on the PC or laptop.

Customizability has always been one of Android’s key strengths. The devices are easy to customize, with the options of adding widgets and shortcuts on the home screen. With iOS, however, there is a only limited support for widgets. Android also enables the user to set up third-party apps as default options for many things which are locked down in iOS.

Privacy
Over the years, data privacy has been a selling point for Apple. The apps focus on keeping the user data private, while the OS gives users a better control on sharing location permissions with apps and choosing to share that information only once and subsequently have the app request it again. The new sign-in method is another plus. Though Android 10 version has tried to strengthen privacy for the users, iOS sill remains the winner.

Development complexity
Development complexity for iOS is relatively less as compared to Android, mainly because of yhe fewer number of devices that Apple has on the table. The primary issues that an Android app developer would highlight is that of fragmentation, with diverse types of devices, differences in screen sizes, and aspect ratios with the operating system.

Conclusion
The debate between iOS and Android is an endless one. Whether you want to opt for Android or iOS app development totally depends on your needs and expectations of the customers. Since there is a lot that these platforms can learn from each other, you can expect your developer team to leverage the best that each platform has to offer. The best thing to do would be to hire mobile app developer with the right potential. They can guide you about the apt choice depending on your requirements and also develop the app for you. If you are looking for an iOS and Android app development company that can develop both the app types. Get in touch as share your requirements today!